I deliver MBTI workshops, often as a nice team activity as part of a team building day. Sometime I dig deeper with individual Step 1 or Step 2 MBTI coaching for developing capabilities, making career changes or getting a little understanding of that mid-life crisis. In this article I wanted to share some insight into why I love this personality inventory so much and the work of Carl Jung.    I am just offering my personal take on analytical therapy, Carl Jung and the MBTI.

​What analytical therapy is:

Analytical therapy follows the work of Sigmund Freud's theories that painful childhood memories contained in the subconscious are the cause of emotional disturbances.
Analytical therapy deals with emotional issues from the past and relies on the process of transference and counter transference. The goal of the treatment is to make the unconscious conscious so that clients may start to see maladaptive patterns of thoughts and behaviours and that they can start changing them.  One of the leading fathers of analytical therapy is Carl Jung.

Jungian therapy (analytical psychotherapy) came as an alternative to Freudian psychoanalytic psychology. The major goal of therapy for Jung was for the client to attain individuation: becoming whole, reaching self-realisation. This process was reached by transcendence, the harmonisation of opposing forces. (Stevens, 1994)
​​ 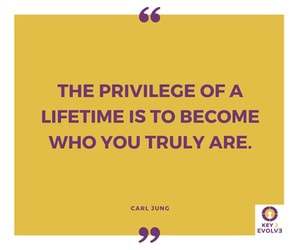 ​A little more about Jung:

Jung rejected Freud’s view on sex being the sole source of behaviours motivation. He developed an approach surrounding his theory about personality development. He had a more positive view of the unconscious and believed that it could be trusted and that it could help individuals to reach their full potential. Jung saw problematic symptoms as helpful in drawing the attention to an imbalance in the psyche, preventing the individual from reaching their natural goal of becoming whole and well grounded.

Jung believed consciousness or the psyche was made of three different levels; the conscious mind, providing consistency and direction, handling feelings, emotions; the personal unconscious, holding forgotten memories that are easily brought back to mind as well as those that have been suppressed and; the collective unconscious.  He labelled the collective unconscious as the source of all humankind experiences and universal knowledge that influences one’s experience of reality and behaviours.


According to Jung’s theory the collective unconscious is filled with archetypes (universal archaic images and symbols) and instincts (impulses that determine our actions). Jung believed that these archetypes, these innate modes of perception, could be activated throughout the different stages of life. Thus, Jung viewed therapy as an active way to stimulate this process through a more participative analysis, using techniques such as automatic writing, drawing, active imagination and lucid dreaming. He thought that the aim of life was to become whole (reaching a state of individuation). Therapy was a way of reconnecting the patient with archetypal experiences and reach wholeness.

According to Jung, dreams were a way of communicating with the unconscious and served as a way to awaken and guide the self to achieve oneness. Interpretation was done by both the patient and the analyst, proactively associating elements of the dreams with facts, religious symbols and mythology. Hidden meanings were released into the consciousness by means of amplification, thus restoring balance of the psyche.

Some of Jung’s best-known archetypes include the self, the persona, the mother, the shadow, the anima and the animus. The self represents the unconscious sense of who we are, our own unique personality as a whole, our full potential, as opposed to the limited way we see ourselves cut off from our true hidden nature. The persona represents the public image, the mask one puts on before the outside world, filling the roles imposed by society. The mother is a built-in ability to recognise mothering. The anima is the eternal image of woman in men and the animus, the eternal image of man in women. The shadow is associated with the dark side, the animal instinct, the primal drive. The amoral is unacceptable and hidden; it is often associated with demons and monsters.

Jung believed that individuals projected the unaccepted parts of their personality - their shadow - onto other people. Through analysis these displaced thoughts, feelings and behaviours were identified and resolved. He saw counter-transference as adding to the therapeutic relationship if properly managed.  Jung himself used these feelings productively and learnt a great deal about his own personality.
​

Where the Myers-Briggs Type Indicator (MBTI) comes from:

Jung was the greatest theoriser of personality development. He invented concepts such as Introverted and Extroverted personality types. (Stevens, 1994) He developed a type theory where he divided personality into personal preferences. He thought that individuals used certain functions of personality as dominant or superior, and others as auxiliary or inferior. He identified four different functions (thinking, feeling, sensing and intuition) and two different attitudes (extroversion and introversion). Extroverts gain energy when they engage with the outside world while introverts favour internal processes and being solitary. Individuals also prefer to receive information about the world around them either through their senses or by deploying their intuition, and they tend to process the information they receive in thinking rational mode or in a feeling and evaluating mode.

Jung’s personality classification has become so powerful that the terms extrovert and introvert are now part of everyday speech. It helped the development of the Myers-Briggs Type Indicator, the most popular non-clinical measurement of personality type in the world today.  The MBTI questionnaire identifies a person’s set of preferences and these insights can be applied in a wide variety of business and personal contexts. The questionnaire is a powerful tool to assist coaches today in assessing clients’ preferences, adapting to them and in turn build strong rapport.

Jung saw life as dynamic and the psyche as self-regulating. He had a deeply spiritual approach to analysis in the way in which he encouraged the experience of listening and being guided, but also in bringing into it, elements of philosophy, physics, mythology and religion. He believed that individuals are meant to progress and move in a positive direction and that they are all connected.  Jung made a formidable contribution towards bridging the gaps between Eastern and Western therapies, introducing elements of mysticism and concepts of transcendence and self-realisation that are still very commonly used today.

If you want to get a Myers Briggs Type Indicator coaching session please get in touch. The MBTI Personal Impact Report is a great tool for professional development as it provides a lot of tips and actions to develop your communication style,  they way you make decisions and resolve conflict as well as how you deal with change.  The MBTI Interpretive Report is more suited to personal development.
Back to free resources
UA-113477584-1