There exists a multitude of literature, each defining mindfulness in different words but having the same meaning. In the presence of numerous definitions of mindfulness, the leading scientists in the study of mindfulness gathered in early 2000s to define mindfulness (Bishop, et al, 2004). The result of this meeting produced a two-fold definition of mindfulness, which is:

1.) The self-regulation of our attention along with
2.) An attitude of curiosity, openness, and acceptance.

Take a piece of paper and a pen and start drawing a familiar object without looking at it. You can use your mobile phone, your watch, your TV remote control etc.   Draw a close-up view, close your eyes and try to remember as many details as you can, then put them on paper. Once done, get your object out and take some time to compare reality with your drawing.

Go through the object you decided to draw with fresh eyes and an intent to identify one new aspect that you did not see before. As you feel more alert to your world, you may become more appreciative and fonder of items you might not really enjoy anymore.
​
This is an easy way to make you more aware of the world around you and also to make familiar objects new again.
​​ 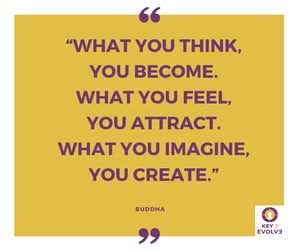 The two main approaches to the use of mindfulness are Mindfulness-Based Stress Reduction (MBSR) and Mindfulness-Based Cognitive therapy (MBCT), both of which can be learnt via courses and are completely secular in dynamics.

Jon Kabat-Zinn and fellow colleagues developed the Mindfulness-Based Stress Reduction (MBSR) approach conjointly in 1979 at the University or College of Massachusetts Medical Institution, in America, to help people with a variety of physical and mental health problems. Ever since, hundreds of men and women have completed their basic MBSR 8 week programme. This training in mindfulness allows participants to gain access to their own resources for responding better to stress, illness and pain, and even the obstacles of everyday life.

In this 21st century, we're under stress more than ever before, and with symptoms including anger, anxiety, insomnia, lack of appetite, chest pains, breathlessness etc. we need to do seriously address this stress issue. After divorce and bereavement, work is the third biggest reason behind stress. As well as impacting on people's health and wellness, it may also damage relationships and way of life.

MBSR features techniques such as meditation, mind-body and yoga exercises to help people understand the body mind connection, the impact of stress and it offers ways to handle stress. It offers people greater clarity on what is happening in their lives. People have reported feeling more engaged in their work, more energized, less troubled, as well as sleeping better and also have fewer physical symptoms of stress, after participating in a course which uses the components of MBSR.

MBSR has been developed and researched since the 1970s because of its effect on mental health. It's been proven to reduce anxiety levels by 58% and stress by 40%. In a research by Oxford University into people with "problematic" levels of stress, a substantial improvement in recognized degrees of stress during the period of the online mindfulness intervention was found (Krusche et al, 2013). The findings of this research were steady with other studies, which exhibited that changes in mindfulness "precede changes in identified stress" (Baer et al, 2012).
​
The training of MBSR has been thoroughly developed in nursing homes and treatment centers for personnel, medical patients and students, in inner-city areas, prisons, companies, lawyers, universities, government, and schools agencies. Evidence-based research shows MBSR to work in assisting chronic pain and fatigue, depression, anxiety, life stress, psoriasis and a great many other conditions.​
Stop reading - Let's practice:

Go and get a raisin (or any piece of fruit you might have at hand).Sit down in a tranquil place with your back straight, but laid back. Take a good look at the raisin, smell it, feel it, and imagine eating it. Taste the raisin, and little by little and intentionally chew it. Spot the way the raisin's taste changes, your impulse to swallow the raisin, your response to that impulse and any thoughts or thoughts that arise along the way. Paying close focus on your senses as well as your body's a reaction to the raisin might reveal insight into your relationship with eating and food. 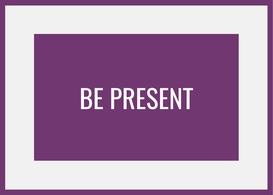 ​Mindfulness-Based Cognitive Therapy (MBCT) was designed specifically to help individuals who are prone to repeating depression. It combines mindfulness techniques like meditation, stretching exercises and breathing, with elements from cognitive behavioural therapy (CBT) to help break the negative thought patterns that are characteristic of recurrent depression.

MBCT is preferred by the National Institute for Health Insurance and Care Excellence (NICE) as an efficient treatment for people who have problems with recurrent episodes of depression. Evidence shows that MBCT can reduce the threat of relapse of recurrent depression  (Mark et al, 2014). Research also shows that it is especially effective to help people who have a tendency to relapse (Teasdale et al, 2000), that it is a cost-effective and accessible treatment for people and providers, and that it supports mental health because of the psychosocial methods used to promote staying well (Williams & Kuyken, 2012).

MBCT teaches people to focus on the present rather than fretting about days gone by or the near future.  In addition, it offers people a better understanding of their own body, helping them to recognise the indicators of oncoming depression and how to manage them. In the UK, almost three-quarters of GP surgeries think mindfulness meditation would be helpful for people with mental health issues. Back in 2010 an NHS study found that only 69% of GP surgeries said they hardly ever or never sent their patients with recurrent depression for MBCT.  In 2013 a study by the Mental Health Foundation stated that 30% of GPs referred patients to mindfulness training. Although the numbers seemed to indicate that a long-term course of anti-depressants was the treatment of choice, it should be noted that mindfulness or CBT were additional resources available to patients with or without referrals.
​
In 2016 the Oxford Mindful Centre looked at the largest meta-analysis of 9 randomised trials of MBCT for recurrent depression and found that MCBT was a reliable and effective treatment option.  The analysis acknowledged that people who received MBCT were 31% less likely to relapse during the 60-week follow-up compared with those who did not receive MBCT. Willem Kuyken, Professor of Clinical Psychology at the Oxford Mindfulness Centre said: 'While MBCT is not a panacea, it does clearly offer those with a substantial history of depression a new approach to learning skills to stay well in the long-term. It offers people a safe and empowering treatment choice alongside other mainstay approaches.'
Mindfulness-Based Cognitive Therapy and Mindfulness-Based Stress Reduction are practices that attempt to achieve specific health goals using different methods. Originally, MBSR was designed to help with managing stress and MBCT to help people avoid relapse into depression. Both practices of mindfulness have achieved their purpose to a certain extent and are truly complimentary to any medicated treatments. ​
Let's practice one last time:
​
This is a straightforward exercise, needing only a windowpane with a view. It will help you for a few moments to notice things whilst suspending judgment, assumptions or opinions.
​
Step 1: Find an area at a window where there are places to be observed outside.
Step 2: Look at everything that is possible to see. Avoid labelling, and categorising what you see outside through the window; rather than considering "bird" or "stop sign", make an effort to spot the colours, the patterns, or the textures.
Step 3: Focus on the movements of the turf or leaves in the air flow, notice the numerous figures within this small portion of the world you can view. Try to start to see the world beyond your windows from the point of view of someone not really acquainted with these places.
Step 4: Be observant, however, not critical, not fixated.
Step 5: If you feel distracted, gently draw your mind from those thoughts and notice a colour or condition again to place you back in the right mindset.